It’s undeniable:  long-term care is expensive.  And the costs just keep rising.  In 2019, nursing home rates in Florida of $6,000 or more per month are not uncommon.  When you consider that around 75 percent of seniors will need long-term care in Florida at some point, paying for it becomes a major concern in most retirement plans.  Very few people have the resources to pay for long-term care out-of-pocket for very long. Long term care insurance in Florida can be a big help, but not everyone can afford the premiums or obtain long-term care coverage early enough.  This leaves Medicaid as a vital safety net for well-over-half of the Americans residing in nursing homes, allowing access to much-needed healthcare and living assistance that might otherwise be unavailable. For this reason, many seniors begin to consider “downsizing their estate” by “offloading” assets in order to set the stage for qualifying for Florida Medicaid.  When considering this option, the Florida Medicaid asset test and the 5 year lookback rule become an extremely important concern.

Medicaid is a “need-based” program administered by state governments.  Florida’s Medicaid program covering nursing homes, assisted living, and other long-term care is available to Florida residents age 65 or older (or disabled) and with income and asset levels at or below the program’s threshold.  As of 2019, a single applicant’s monthly income, which includes funds from just about any source (e.g., wages, pension, SSI benefits, etc.), cannot exceed $2,313 per month.  And the combined value of an applicant’s assets cannot exceed $2,000 (or $3,000 for spouses applying jointly).

Fortunately, some assets are considered exempt (or “non-countable”) toward the asset test.  A primary “homestead” residence located in Florida or a single vehicle, for instance, won’t disqualify an applicant.  If only one spouse applies, the nonapplicant spouse can also retain marital assets worth up to $126,400 under the “community spouse resource allowance.”

Even with the exemptions, it’s not uncommon for would-be applicants to need what is known as a “Medicaid spend-down” – the process of organizing and removing assets from the applicant’s countable estate to secure eligibility.  If the asset test is all that stands between you and Medicaid eligibility, it can be tempting to give all of your valuable property to family members just before submitting the application.  But, of course, it isn’t quite that simple.  The rules governing Medicaid eligibility are complex, and mistakes can be costly.  So, it’s a good idea to consult with a Medicaid-planning attorney in Florida before attempting a spend-down.

Policymakers recognized the possibility of Medicaid applicants using large gifts to family members as a means of circumventing the asset test.  Their solution was the Five-Year Lookback rule, under which Medicaid imposes an eligibility penalty for prohibited transfers made within five years of application.  Transfers are prohibited if inadequate or no consideration is received in exchange.  Importantly, though, the penalty doesn’t disqualify an applicant altogether – it just delays the date when coverage kicks in.  So, if you sell your vacation home to your daughter for $10 the week before you apply for Medicaid, you won’t be eligible until the penalty period expires, but you can still qualify for coverage after the penalty runs.

The penalty’s duration is calculated based upon the value of the prohibited transfer and the average monthly cost of care (the “divisor”).  As of 2019, the State of Florida estimates average costs at $9,485 per month.  To determine the penalty, you divide the value of the transferred assets by the average monthly costs, and the result is the number of months of ineligibility.  The penalty period runs from when you first became technically eligible, notwithstanding the penalty.  So, if in January you sign over to your son the title to a classic car worth $50,000 and become technically eligible in February, the penalty period will be a little over five months ($50,000 / $9,485 = 5.27 months), allowing for eligibility in July.

A few categories of transfers do not trigger the penalty period.  Spousal transfers in Florida for Medicaid purposes are exempt, but marital assets are considered in the asset test.  So, any “overage” beyond the community spouse resource allowance still needs to be taken into account.  Transfers to disabled children, or to a qualifying trust benefiting a disabled person under age 65, are also exempt from the lookback rule.  A transfer of a residence to a sibling who had an ownership interest before the transfer – or to a caregiver who lived at the residence for at least two years and provided care allowing the applicant to delay admission to a long-term care facility – are similarly disregarded in the lookback. 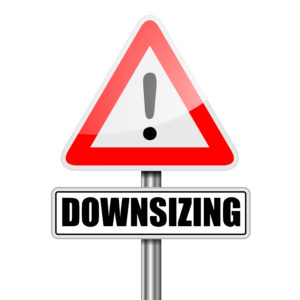 Medicaid-planning attorneys have developed strategies for addressing the asset test and the lookback rule that allow applicants to secure eligibility or qualify sooner than what might otherwise have been possible.  In general, the goal of a Medicaid-planning strategy is to prudently and efficiently organize assets so as to provide for program eligibility while preserving as much wealth as possible.  Approaches commonly involve shifting resources to exempt assets and specialized estate-planning tools like trusts.

Annuities and promissory notes both convert a lump-sum amount into periodic payments.  By purchasing an immediate, nonqualified annuity, you can avoid the five-year lookback and remove the cash used to purchase the annuity from your countable assets.  To be fully effective, the annuity must be irrevocable (i.e., you can’t cash it out), nontransferable (i.e., you can’t transfer it to a third party), and the State of Florida must be designated as a remainder beneficiary to potentially recover long-term care costs paid by the state.  Appropriate annuities are helpful with the asset test, but you may still need to address the income test, depending on the size of annuity payments and your other income sources.

A promissory note works based on a similar theory, except that instead of purchasing an annuity from an insurance company, you’re extending a loan to a family member or other trusted person, who then repays it over a fixed period.  To work, the note must have a reasonable interest rate and not allow for loan forgiveness.  The loan facilitates current technical eligibility by reducing cash on hand, and then the repayments can be applied toward long-term care costs during a penalty period.  The promissory note needs to be structured precisely, with the guidance of an experienced Florida Medicaid-planning attorney.

A personal service contract (or, “personal care agreement”) in Florida removes wealth from consideration under the asset test by paying a family member in advance for future assistance with “activities of daily living” (e.g., showering, dressing).   Typically, the applicant pays a family member a lump sum in exchange for future services extending for a duration measured by the applicant’s life expectancy.  Critically, the contract must involve legitimate services and an actual exchange of value.  A contract for services not genuinely provided is illusory and can result in a penalty period or worse.

For the most part, transfers to irrevocable trusts still count toward the lookback rule.  However, if the trust is irrevocable, the funds transferred to the trust no longer count as a current asset.  So, the money can be set aside in the trust to secure current eligibility, subject to the penalty period, and then distributions from the trust can be applied to long-term care costs during the period.  Generally, the applicant’s children or other heirs are the ultimate beneficiaries, and the applicant / grantor reserves trust income but has no access to principal.

A pooled special needs trust in Florida is a specialized irrevocable trust managed by a non-profit and funded through pooled resources paid in by unrelated beneficiaries. An interest in a pooled special needs trust is an exempt asset, does not trigger the lookback rule, and there is usually no cap on the contribution amount.  Beneficiaries each have a separate account with the trust manager, and they receive distributions used to improve quality of life or cover certain necessities.  The objective of the trust is to allow beneficiaries to retain eligibility for Medicaid (or other government programs) but still derive some advantage from the amounts granted to the trust.  The State of Florida must be designated as a successor beneficiary, allowing it to recover from the trust amounts paid out by the state for the beneficiary’s care.

Miller trusts a/k/a Qualified Income Trusts in Florida are a handy tool for preserving retirement accounts and non-residence real estate.  Both second homes and IRAs / 401k’s count as “assets” when determining Medicaid eligibility.  With Florida’s $2,000 asset cap, this can be a real problem.  To avoid the snag, though, you can change either from an asset to an income source.  With a retirement account, that means converting the account into regular pay-out status.  With a second property, it means finding a renter.  As long as a property is regularly rented to a third-party renter for a reasonable rent amount, and therefore qualifies as an “income-producing investment property” for Florida Medicaid purposes,” it’s not an asset for purposes of the asset test.

At this point, you’ve solved the asset problem, but you may have created an income problem.  The monthly rent amount minus expenses, or the retirement account distributions, count toward the $2,313 monthly income cap.  If your total income is still below the cap, it’s nothing to worry about.  Otherwise, you can use a Miller Trust to receive and hold the regular income in a bank account opened in the trust’s name.  The trustee makes distributions for qualifying health insurance premiums and medical expenses, or for any applicable personal needs or spousal support allowances.  Any remainder is subject to a lien in favor of Florida Medicaid or will be paid to the long-term care facility.

The great part of this strategy is that, although the income paid into the trust is subject to a Medicaid lien, the income-producing asset itself remains in your estate.  Because of this, it sometimes makes sense to use other non-exempt asset to acquire a rental property as a means of overall wealth preservation.

Medicaid planning in Florida continues to evolve due to changes in the law, making this already complicated are more challenging. Thus, any Medicaid planning strategy should only be considered with the advice and consultation of a practiced attorney who focuses in this area.  But, of course, there is still plenty of paperwork to sign. Under Florida’s newly passed law allowing “electronic wills”, that part of the process might be a little easier starting next year.  After the new law takes effect on January 1, 2020, Floridians will be able to sign, witness, and notarize certain key documents via secure video link, such as through Skype.  By allowing signing, witnessing, and notarization to occur in separate physical locations, the law aims to make transactions more convenient, particularly for elderly signers with limited mobility.  Naturally, the law has precise requirements that must be observed and limits remote signing by persons defined as “vulnerable” under the statute.

Next post: Florida Last Will and Testament [Key Guidelines]