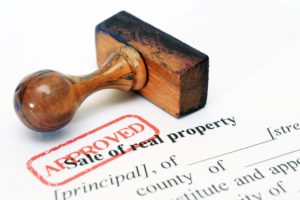 British philosopher John Locke theorized that protection of private property rights is the fundamental purpose of civil government.   Like Locke, the American legal system, and the legal system in Florida, give great respect to private property rights and, to that end, allow property owners numerous options for titling assets.  The best option for titling assets in Florida depends on your situation and your goals.

Ultimately, though, property interests boil down to (1) what type of interest is held, and (2) who holds it.

We tend to think of ownership as an all or nothing proposition.  If you own a widget, you own it outright, and that widget belongs to you until you choose to sell it or give it away.  And, with personal property, that’s generally the case.  With land, though, Florida law recognizes a few different classes of ownership (or “estates in land”).   Fee simple is the most common, and most complete, form of ownership.  If you own property in fee simple, you can do essentially whatever you want with it (within the bounds of the law, of course).  Florida law assumes that real estate is owned in fee simple unless the deed expressly says otherwise, in which case the owner probably has a “tenancy for years” or a “life estate.” 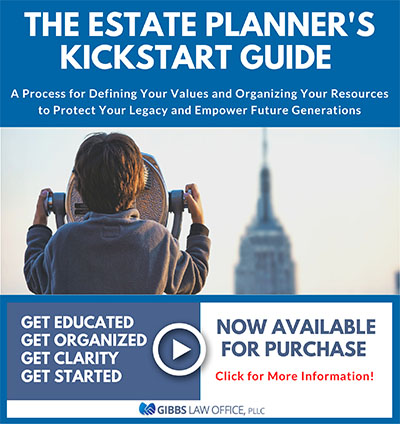 A tenancy for years is basically a lease of real estate for a defined term.  The original owner turns over the land to the owner of the tenancy for a period of time, after which title reverts back to the original owner.  During the term, the owner of the tenancy has the same rights as the original owner except the right to sell the property – unless the parties further restrict the usage by contract.  Practically speaking, when lawyers talk about a “tenancy for years,” they are usually, but not necessarily, referring to a more extended term than a typical residential lease.

A life estate is similar to a tenancy for years except that, rather than a defined term, the ownership interest lasts until the owner dies.  You might execute a deed granting a life estate in a parcel of land to a family member, with the remainder going to the family member’s heirs.  In that scenario, the grantee would enjoy all rights of ownership for the rest of his or her life, and then the heirs would take title to the property in fee simple.  A life-estate owner cannot sell the land but can sell the life estate, in which case the purchaser holds title to the land until the death of the original owner of the life estate.  A variation of a life estate in Florida known as an “enhanced” life estate deed (a/k/a a lady bird deed) is does afford the grantor the right to sell the real property and is often used as an elder and Medicaid planning tool in Florida. Titling an asset is the process of formally designating an owner of record.  For the vast majority of assets, this isn’t an issue worth considering.  When you buy a gallon of milk from the grocery store, you don’t think, “I’m going to acquire a fee simple interest in this milk and then form a single-asset LLC to hold the title.” You just buy the milk and stick it in the fridge. And by the time your lawyer finished drafting the LLC’s articles of organization, the milk would probably be gone anyway.

But when you acquire a significant asset like real estate, it’s a different story.  Deciding how to title the asset becomes an important decision worthy of serious thought.  In Florida, like most other states, there are four basic ways to hold title to an asset:  individually, jointly with other individuals, within a corporate entity, or in a trust.

Holding title individually – meaning in your personal capacity as a “natural person” and not as part of an entity – has the advantages of simplicity and low cost.  With real estate, you merely record a deed stating that you are the owner of the land, and that’s it.  The downside is that you don’t get the advantage of limited liability, so a creditor with a claim arising from your ownership of the asset can attempt to attach your other assets.  On the other hand, a primary residence in Florida held in the owner’s individual capacity enjoys the powerful protection of Florida’s homestead exemption.

Assets co-owned by more than one individual are referred to as “joint assets” or “marital property” if the two owners are a married couple. To a certain extent, the features of joint ownership depend on the relationship between the owners.  Spouses, for example, enjoy certain protections that business partners do not.

Although not quite as simple as holding title individually, joint ownership is generally less complex than titling assets to an entity or trust.  You might just need to include two names on the deed to land or, in the case of a vehicle or other personal property with a physical title, two names on the title.  Financial accounts can usually be jointly titled by simply submitting a form to the institution.  Though not mandatory, it’s a good idea for business partners to create a partnership agreement addressing any jointly owned property.  While hiring a lawyer to prepare the agreement can increase the complexity and transaction costs of acquiring assets, it avoids future confusion and reduces disputes over claims to partnership assets.

The big draw-back to joint ownership is that, along with not enjoying limited liability personally, the asset is potentially exposed to claims from your co-owner’s creditors.  This might mean joint and several premises liability arising from jointly owned land or a forced sale of an asset to satisfy a co-owner’s judgment.  In the latter case, the non-liable owner loses the property but is generally compensated for his or her ownership share from the sale proceeds.

Tenancy in common is the default setting.  Particularly with regard to land, Florida law presumes that two or more unmarried individuals who own a joint asset own it as tenants in common.  Their ownership interests are expressed as a percentage of the whole, so that, rather than both owning the entire asset together, they each own a 50% interest (you can agree to a different split, but 50/50 is otherwise assumed).

The defining feature of tenancy in common is that there is no “right of survivorship.”  When an owner dies, his or her interest remains intact through probate and passes to heirs.  This can lead to dilution of interests over time if multiple heirs are present, but tenancy in common has the advantage of allowing joint owners to bequeath less than a full interest in valuable property.

Joint tenancy, on the other hand, is distinguished by the right of survivorship.  Rather than each co-owner owning a half interest in an asset, both owners own the whole thing.  Then, when one owner dies, the surviving owner assumes sole ownership.  Thus, an interest as a joint tenant cannot be bequeathed to heirs because the interest ceases at death.

Florida law generally disfavors joint tenancy, so an instrument creating a joint tenancy must include the magic words “right of survivorship.” It’s also fairly easy to legally destroy a joint tenancy.  If one owner transfers an interest during life (even to him or herself in some cases), the form of ownership reverts to co-tenancy. Likewise, a joint tenancy can be severed if one owner’s creditors attach the jointly owned asset.  Even so, there are some situations where joint tenancy is advantageous, such as families who want to maintain control over assets and prevent dilution over time or business partners who want to ensure that the partnership’s operations can continue after one partner dies.

The last form of joint ownership in Florida is also the most specialized.  A tenancy in the entireties in Florida is only possible when the two co-owners are a married couple, and then only when specific conditions are met.  To qualify, the asset must be jointly controlled, and the spouses must possess identical interests, acquired during the marriage, at the same time, via the same instrument.

Along with “natural persons,” Florida law also allows assets to be titled in the name of business entities like corporations, LLC’s, and limited partnerships.  Holding property in an entity is more complicated than individual ownership, and there are some transaction costs in organizing.  But the arrangement adds a layer of protection against liability and can be more efficient when there are more than just one or two owners.

As an example, say you and three friends want to go in together to purchase an investment property.  Rather than have four names on the deed and risk exposing your individual assets to premises liability claims, you decide to form a single-asset LLC in Florida for the sole purpose of holding and managing the property.  You and each of your friends are 25% members of the LLC, and the LLC itself holds title to the property.  You can draft a Florida operating agreement setting rules for how and when members can sell or transfer their interests, what happens when a member dies, and how decisions are made relating to the property’s management.  If the property earns income from rent, the profits “pass through” the LLC to the members’ individual tax returns.  And, if you decide down the road to purchase another property, you can make any necessary amendments to the operating agreement and title the new property in the name of the LLC.

A trust is a legal structure under which an appointed trustee holds title to and manages assets for the benefit of one or more beneficiaries.  A trust isn’t a distinct legal entity like a corporation but more of a formally recognized fiduciary relationship sanctioned by state law.  Assets transferred to a trust, whether land, financial accounts, or personal property, are titled along the lines of “John Doe, in his capacity as trustee for the Jane Doe Trust.”

Trusts come in a multitude of sizes and shapes and can be useful for everything from avoiding estate taxes and probate to Medicaid planning and protecting assets from creditors.  Trusts can be very general – like a living trust designed to streamline estate administration and holding nearly all of the grantor’s assets.  Or trusts can be exceptionally narrow – like an irrevocable life insurance trust (“ILIT”) that holds only a life insurance policy and governs distribution of policy proceeds after death.

It may seem obvious, but it’s worth noting that titling assets to a trust requires actual transfer of the assets.  Real estate needs a new deed granting the property to the trust, and financial accounts must be transferred into the name of the trust.  For personal property, a bill of assignment or similar document will usually do the trick, but assets with a written title, like vehicles, must be formally titled to the trust.

Florida law offers a multitude of options for titling assets.  And, for Floridians, that is a good thing.  There’s no one-size-fits-all perfect form of ownership, so the multitude of possibilities lets you choose what is right for your situation and goals.  An experienced Florida estate planning attorney can help identify the most advantageous arrangement for titling both new and existing assets.

Next post: 5 Reasons to Downsize Your Estate for Medicaid Planning